You disliked this video. Thanks for the feedback!

Added 2 months ago by miamigo
14 Views
January 1944, U-204 goes out on patrol in a time when new boats most time get sunk on their first patrol. 19 boats were sunk in December 1943 for 30726 tons of enemy shipping sunk. The times have truly changed.

The Battle of the Atlantic, which lasted from September 1939 until the defeat of Germany in May 1945, was the war's longest continuous military campaign.
During six years of naval warfare, German #U-boats and #warships – and later Italian #submarines – were pitted against Allied convoys transporting military equipment
and supplies across the Atlantic to Great Britain and the Soviet Union.
This battle to control the Atlantic shipping lanes involved thousands of ships and stretched across thousands of perilous square miles of ocean.
Historians estimate that more than 100 convoy battles took place during the war.
They cost the Merchant Navy more than 30,000 men, and around 3,000 ships. The equally terrible cost for the German Kriegsmarine was 783 U-boats, and 28,000 sailors. 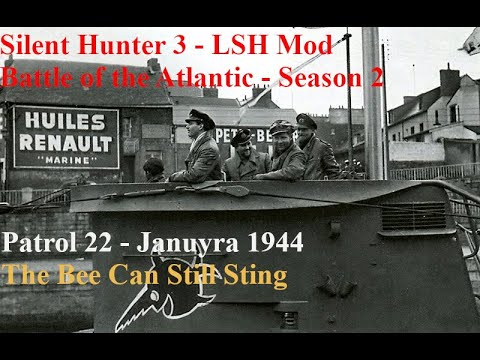